JPF decided to launch The Great East Japan Earthquake and Tsunami Response on March 11, 2011, within 3 hours of earthquake. In November 2015 we launched our policy to strengthen support for Fukushima and continued the support until fiscal year 2019. In January 2021, as we were about to face the 10th anniversary, we decided to continue support for Fukushima with a new program policy to resolve the "Three Remaining Issues in Fukushima" that are identified from the evaluation of past support activities.

Projects to Solve the "Three Remaining Issues in Fukushima" 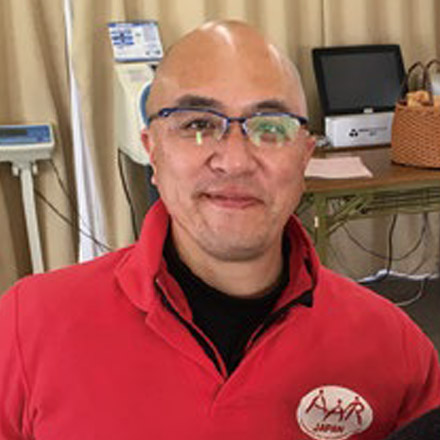 More and more people are moving out of temporary housing with post-disaster reconstruction public housing being built, and about 80% of the evacuation orders due to the nuclear power plant accident have been lifted. For those who were affected by this disaster, even though environments in which people live have not improved, people who were once referred to as evacuees are no longer called as such. All of these shifts have made their plight and the issues they must face ever more invisible. AAR will build on the connections we have made through our activities over the years and continue to provide support that can help disaster survivors connect with each other and assist people who have moved to new places integrate into their new communities.

The number of evacuees still at the mercy of the evacuation orders following the nuclear power plant accident is about 7,200 within Fukushima Prefecture and about 29,000 outside the prefecture scattered across the country, of which about 20,000 have evacuated to the Kanto region (as of 13 January 2021, according to the Reconstruction Agency). 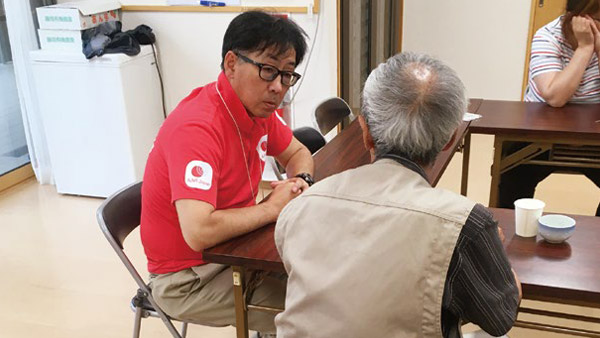 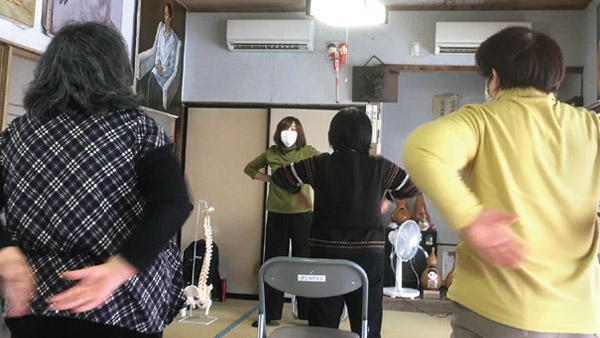 In order for people to live healthy and hopeful lives wherever they have evacuated, it is essential to continue supporting the creation of spaces where people can share their complicated feelings that they have had for a long time as well as any health concerns they may have. These spaces can also allow for people to overcome the divisions among themselves due to differences in thinking about radiation.

Even when we look internationally, the number of internally displaced persons (IDPs) who have been displaced from their homes but have not crossed national borders is overwhelmingly larger than that of refugees, who tend to garner more attention. Yet there has been little progress when it comes to international discussions on the issue of IDPs.

The Association for Aid and Relief, Japan (AAR), started providing support to evacuees in temporary housing in Iwate, Miyagi, and Fukushima prefectures, conducting massage, active listening, and community interaction activities. AAR has offered a total of about 990 such activities to date and will continue these activities in three areas within Fukushima Prefecture. For evacuees who have decided on long-term evacuation or permanent relocation to the Tokyo metropolitan area, AAR will host exchange events and study sessions to encourage them to make connections through mutual support in their new communities.

We will also summarize the experiences and knowledge we have gained from our support provision to date, share them widely, and use them to make recommendations in preparation for a combined natural disaster and nuclear accident that may occur again in the future. 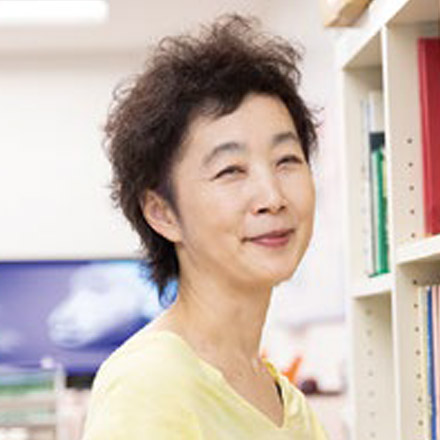 After the nuclear power plant accident, I was in a state of great anxiety, not knowing how I should live from now on.
By measuring the radiation, we can recognize the situation we are in and respond to it. Through this project, we have been able to continue the important work of protecting the health of our children with our own hands. I feel that JPF's support plays an important role in helping those of us who experienced this disaster become independent and think about our own future. 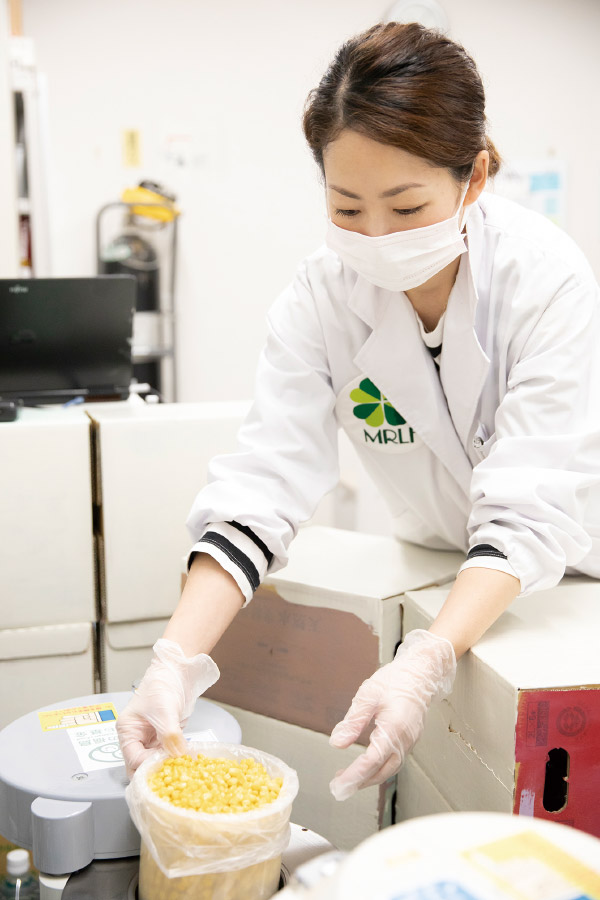 The advantage of measuring radiation ‒ which cannot be seen, smelled, or felt ‒ is not only about being able to understand the current condition and to avoid danger. It also allows people to scientifically confirm the actual situation and to exercise their autonomy in deciding where and how to live, which is an invaluable human right. In fact, JPF has seen many disaster-affected people regain their mental health through a radiation measurement project.

In response to this issue, we will continue the radiation measurement project through our contract with the Iwaki Citizens' Radiation Measurement Center, which is also known as Mothers' Radiation Lab Fukushima and more commonly referred to as Tarachine (a word that means mother and appears in old Japanese poetry). Tarachine is a non-profit organization in Iwaki City, Fukushima Prefecture, that has had successful outcomes in the Living Together Fund project from January 2017 to March 2020. The mothers working at Tarachine have taken on the difficult task of measuring radioactivity, in which only specialists had been involved previously, with the sole wish to protect children from radiation exposure.
The measurement data produced by these mothers using reliable technology are released to the public in real time.

As a new activity, we will also start to monitor the health of workers taking care of the aftermath of the nuclear accident. Additionally, in recent years, there have been many torrential rain disasters, and Fukushima sustained severe damages from a typhoon in 2019. As residents desire to reconfirm the safety of their communities through measurement knowing some contaminated soil has moved due to the heavy rains, we will also establish a disaster measurement system to meet these needs. 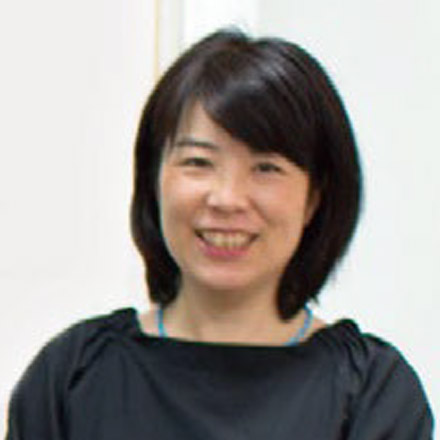 Ten years have passed since the Great East Japan Earthquake of 11 March 2011, and the challenge now is about how the local communities can continue to cope with the long-term effects of the disaster. Using our experience in supporting those affected by the Great East Japan Earthquake and others in need, both within and outside of Japan, JPF aims to help build a framework in Fukushima that can respond to the large complex issues that remain there through mobilizing the power of local people and other citizens. We will also report on and widely share the achievements and challenges for the future, as well as how we can understand the situation in Fukushima from an international perspective. 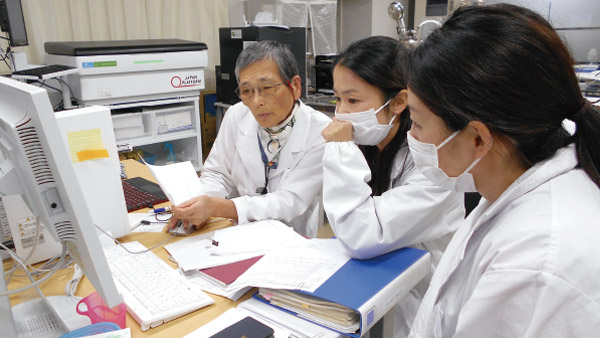 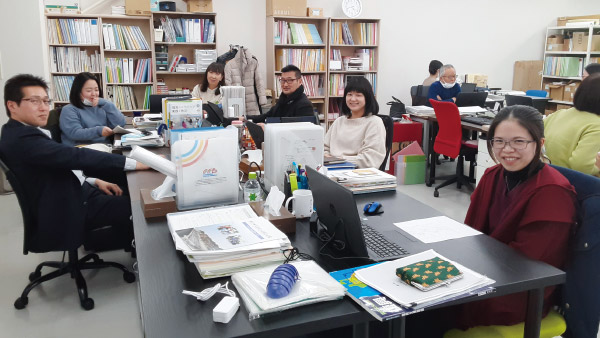 Among the radioactive materials spread by the Fukushima Daiichi Nuclear Power Plant accident, there are some nuclides whose measurement process is complicated and requires a high level of knowledge. Therefore, there is an urgent need to develop capable human resources in order to obtain accurate measurement results in the months and years to come.

Our objective is to increase the number of measurement technicians by taking the technologies acquired so far, compiling them into teaching materials (textbooks and videos), and offering online classes and training to those who wish to acquire the techniques. As with the radiation measurement activity itself, this activity will also be undertaken by Tarachine, the Iwaki Citizens' Radiation Measurement Center through our contract with them.

There is also a need to build a framework for the community to look after the mental and emotional well-being of their residents affected by the disaster. Since the disaster, there has been a growing movement to create spaces for information sharing and learning through collaboration between mental health experts active in the prefecture and lay supporters. Their main goal has been to "look after the hearts and lives of our neighbors in the community."

To support this growing momentum, we have contracted with the Fukushima Cooperative Reconstruction Center (FCRC) to carry out activities to build support frameworks through local cooperation.